The challenges accompanying our changing world

More of us live in big cities and on coasts.

Pollution continues to be put into our atmosphere and in our oceans.

Yes, our world is changing... but we have the power to make a difference. 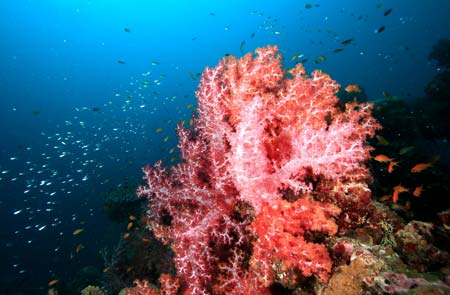 © abcphotosystem Rising ocean temperatures and ocean acidification will have a dramatic effect on the beautiful coral reefs currently living in our oceans.

Oceans, which cover 70% of the surface of the Earth and form the largest habitat on the planet, face increasing stress as a result of human activities.

Oceans absorb between half and three-quarters of the greenhouse gases that we put into the atmosphere each year.  In doing this, the oceans have slowed global warming and climate change.

But, there has been a cost.

When carbon dioxide from greenhouse gases dissolves in seawater, it causes the pH level of our oceans to decrease.  Seawater has become more acidic (its pH has decreased by 0.1) since the beginning of the industrial era and it will continue to acidify during the 21st century.

Ocean acidification is expected to affect ocean ecosystems, such as coral reefs, and the living organisms that inhabit those ecosystems.  It will change ocean life and its food chain – and in turn our fish supplies. 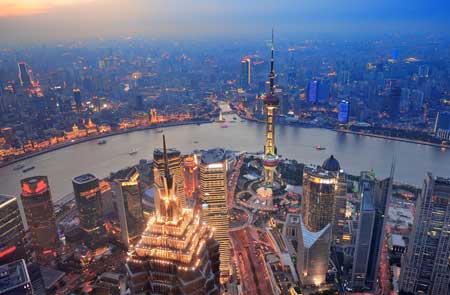 © Songquan Deng With a population over 20 million people, Shanghai, China is one of the world's biggest megacities.

By 2050 it is expected that 2 out of every 3 people will be living in urban areas as growing numbers of people move to cities in search of jobs and opportunities.

Because many cities – including megacities with populations of more than 10 million – are built along coastlines, they are at exposed to tropical storms.  Hurricane Sandy hitting New York in 2012 is an example of the potential damage tropical storms can cause to coastal cities.

Congestion and pollution, and their effects on our health, are other major issues facing urban populations.

Meteorological services have a large role to play due to the influence of weather on:

The WMO urban meteorology programme promotes ways to deal with multiple hazards facing cities while many of WMO Members provide pollution advice to governments who can then turn around and use this information to issue health warnings and traffic restrictions. 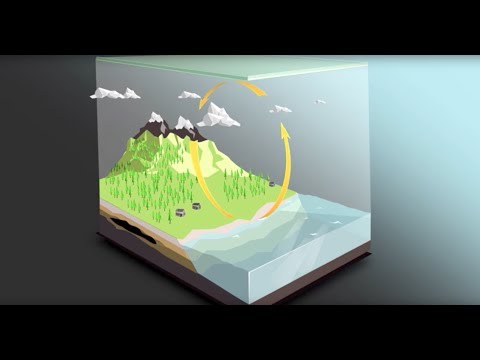 Between 1990 and 2015 there was a 37% increase in radiaditve forcing – the warming effect on our climate – because of long-lived greenhouse gases such as carbon dioxide, methane and nitrous oxide (N2O) from industrial, agricultural and domestic activities.