The causes of desertification and what can be done about it 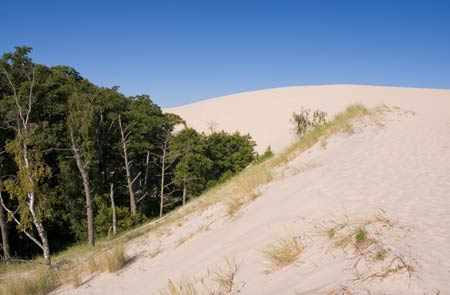 Desertification is one of the biggest environmental challenges of our time.

Desertification is the process that turns land that was once fertile into one that is sterile.

When desertification takes place, it is difficult to grow crops, feed animals or gather food.

Every year, it is estimated that about 12 million hectares of productive land becomes infertile due to desertification and drought. As many as 900 million people in more than 100 countries suffer from the effects. 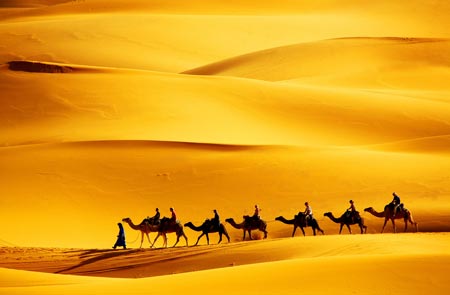 Deserts naturally exist in dry, arid climates. A misconception of desertification is that it refers to deserts expanding from their core.  This is not the case.  Rather, desertification occurs at the edge of deserts or on any land in dry or semi-dry climates that used to support vegetation.

The world’s famous deserts include:

The largest deserts on Earth, though, are none of these.

Since a desert is defined as an area with annual precipitation less than 250mm, the largest deserts on Earth are actually the polar deserts – the Antarctic Desert and the Arctic Desert – even though those areas have ice and snow.

Most people think of sand and sand dunes when they envision a desert, but this is not always the case. A desert can be rocky or, as we just noted, icy.  A desert means that the land is barren (sparse or no vegetation) and receives little precipitation. They are often wind-eroded plains with course pebbly surfaces.

The plants and animals that can survive in a desert are able to withstand extreme temperatures and go long periods without water. 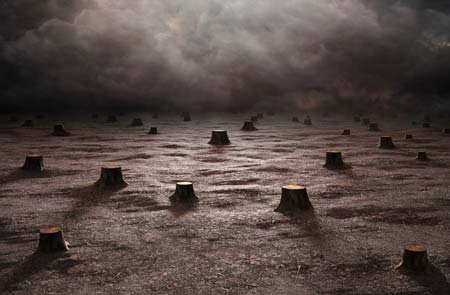 The world’s growing population has put pressure on land resources while poverty prevents people from investing in education and techniques for sustainable development.

Desertification is caused by human’s exploitation of the land:

Desertification is also caused by naturally occurring drought as well as climate change, which threatens to increase the frequency of drought and make some climates more arid (dry).

The cycle of desertification looks likes this: 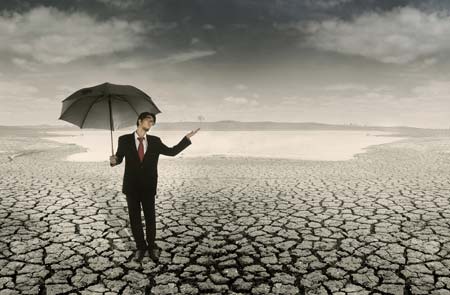 Droughts may be a slow, creeping natural hazard, but they create the most damaging natural disasters.

These periods of unusually dry weather can cause massive environmental, economic, social and political problems, such as:

Most countries are not prepared for droughts for a number of reasons.  WMO and its partners are working to change this through an Integrated Drought Management Programme.  If we are prepared for the possibility of drought, many of the problems can be mitigated.

Preparing for drought means water conservation strategied as well as setting up national drought policies to ensure safety nets, risk management and plans that could be activated in the event of a drought.

How you can conserve water:

What can be done? 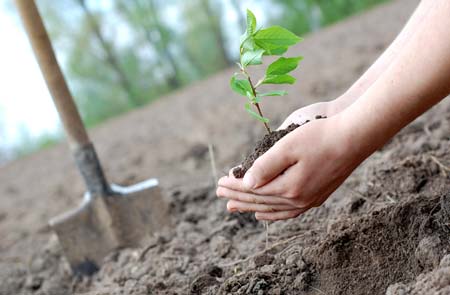 Reversing desertification is possible but very difficult.  As the saying goes, “an ounce of prevention is worth a pound of cure”.

Here are the things we can do to help stop and reverse desertification:

WMO supports the collection, research and information exchange on desertification and drought. It also investigates the causes and effects of drought and climate change to provide early warnings of drought so that action can be taken to reduce its effects. WMO also coordinates the efforts of Members for drought preparedness and teaches them how to stop desertification caused by droughts.