DID YOU KNOW THAT THERE ARE OVER 1000 ACTIVE SATELLITES IN ORBIT AROUND THE EARTH? 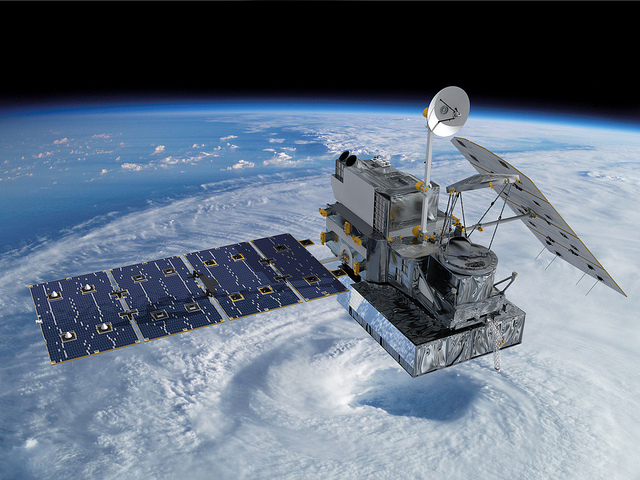 Did you know that there are over 1 000 active satellites in orbit around the earth? Though we don’t often see them or think about them, these satellites are out in space working 24/7/365, providing a wide range of information and services that are crucial to many aspects of our daily lives: communication, navigation, national defense, weather observations, agriculture and more. Some satellites even monitor the activity of the sun, providing information that is used to predict solar flares and similar events that can affect us here on Earth.

WMO supports and collaborates with numerous governments, organizations and groups around the world that produce and/or use Earth observation data. While there are many methods of Earth observation, satellites play a major role in gathering large-scale, ongoing information that is crucial to our understanding of a wide range of Earth systems and characteristics, and human impacts upon them.

Most of us are familiar with mainstream applications of satellite-based Earth observation data such as images from Google Earth and weather forecasts. Indeed, meteorological (or weather) satellites have been in use for over 50 years, and provide a wealth of information that is used in the development of weather and climate observations, forecasts and predictions. Only a few countries – Canada, China, India, Japan, Russia, the Republic of Korea and United States of America (U.S.) – or groups of countries – Europe – operate meteorological satellites. However, since weather does not adhere to political boundaries, there is a high level of international cooperation in collecting and sharing satellite data among many regions and countries of the world.

Weather is not the only thing that Earth Observation satellites can “see”. Satellite instruments are also used to measure sea level and sea surface temperature, concentrations of atmospheric gases, density of vegetation cover, sea-ice fluctuation, electric light usage and numerous other characteristics. One of the great strengths of satellites is that they can provide specific information on a large spatial scale and over long periods of time. This provides valuable information that allows scientists, resource managers, policymakers and many others not only to observe the current state of being, but to compare that to past measurements to understand and interpret changes over time.

2016 is a busy and interesting year for satellites, and, therefore, a great year to learn about and follow satellite and Earth Observation activities around the world. A number of new meteorological satellites have been or will be launched in 2016, including the Japan Meteorological Agency’s Himawari 9 (Click here to download a brochure in both Japanese and English), the China Meteorological Administration’s Feng Yun-4, the India Meteorological Department’s Insat-3DR and the U.S. National Oceanic and Atmospheric Administration’s (NOAA) National Environmental Satellite, Data, and Information Service (NESDIS)  GOES-R satellite.

Earth Observation satellites provide a fascinating way for students to explore real science, from the technology of the instruments themselves to the to the analysis and real-world applications of images and data.

European Organisation for the Exploitation of Meteorological Satellites (EUMETSAT)

GOES-R Education Proving Ground: lesson plans, web apps, and a series of webinars for educators leading up to and following the launch of the GOES-R satellite in fall 2016

NASA Earth Observatory: satellite images from all over the world, categorized and searchable