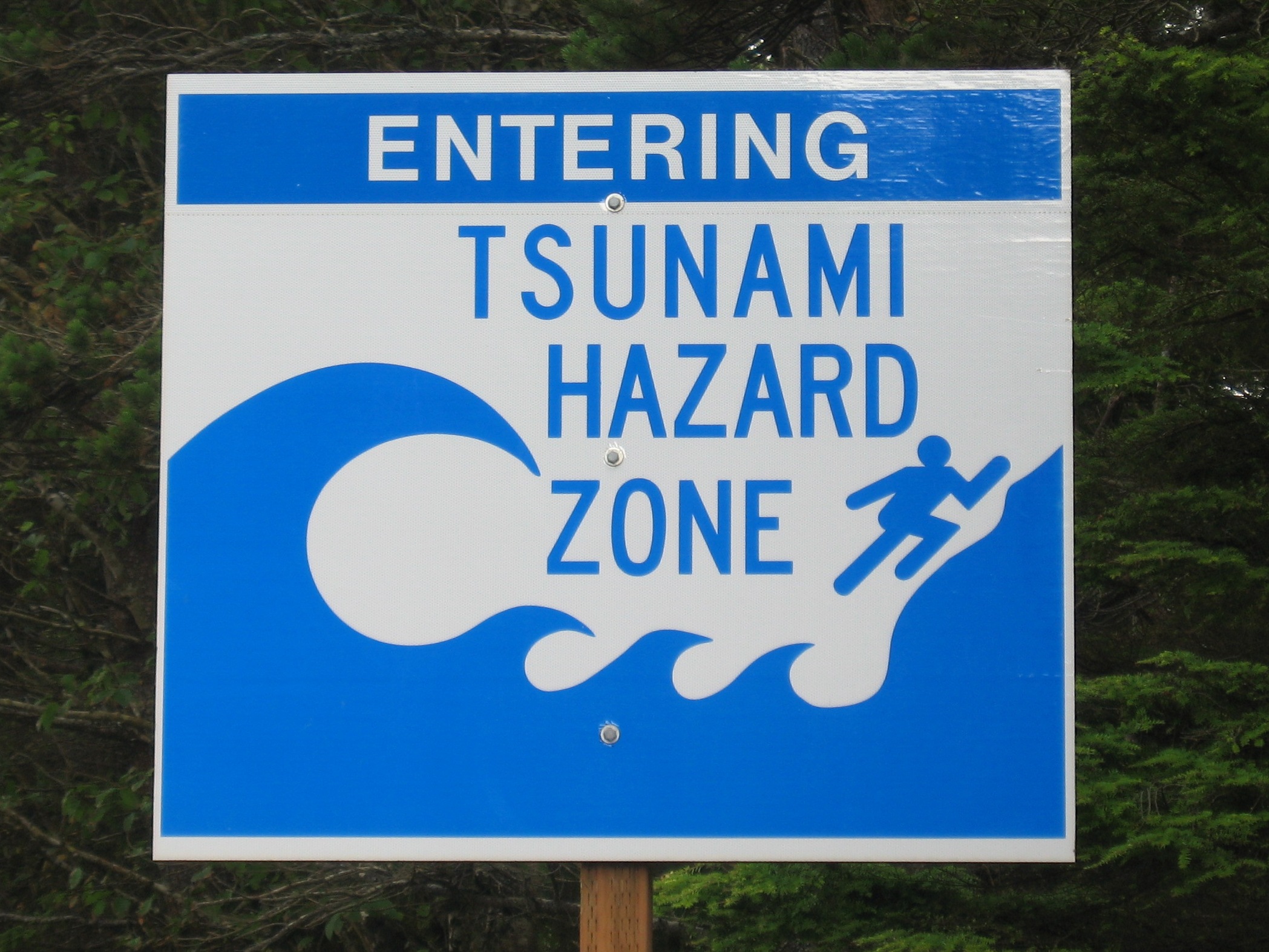 Imagine the sight of a wall of seawater rolling toward the shore at a speed of 25 miles/40 kilometers per hour. This is the frightening potential of a tsunami (soo-NAH-mee), and a very real concern for millions of people living in coastal areas around the world. Most tsunamis are relatively uneventful and cause little to no damage, but there is potential for massive destruction and human injury or death. For example, on 26 December 2004, a large earthquake with an epicentre off the west coast of Sumatra, Indonesia generated a major tsunami across the Indian Ocean, killing between 230 000 and 280 000 people in 14 countries, and inundating coastal communities with waves up to 30 meters (100 ft) high. It was one of the deadliest natural disasters in recorded history. While there is still no way to predict the occurrence of a tsunami, the development of warning systems has greatly improved efforts at protecting people in vulnerable coastal areas.

Many people mistakenly equate a tsunami with a tidal wave, but they are two quite different phenomena. Tsunamis, which consist of multiple waves, are created not by ocean tides, but by a disruption and sudden displacement of the ocean itself. This is most often caused by earthquakes near or below the ocean floor, but tsunamis can also result from volcanic activity, landslides, and even meteorites. A tsunami may happen in any ocean, sea or large body of water, but the vast majority occur in the Pacific Ocean, around the “Ring of Fire” – a particularly geologically active subduction zone of the earth’s crust where many earthquakes originate.

Much like a stone thrown into the water creates ripples, tsunami waves spread out in all directions from a point of disturbance such as an earthquake. The waves of a tsunami are relatively small and far apart when they are in the deep ocean, and they can travel as fast as a jet airplane. As they approach a shoreline, the coastal shallowing effect slows the waves down, but they increase in height and come closer together. This series of waves inundates the shoreline, but not always like a huge wave breaking over it – often more like an extremely rapid encroachment of a very turbulent high tide. The drawback of tsunami waves from the flooded coast is also extremely destructive, as it drags everything in its path into the sea.

When people are caught by surprise, and/or do not understand the dynamics of a tsunami and how quickly it can travel and consume a shoreline, the consequences can be destructive and deadly. Thus, there are widespread local, regional and international efforts to develop and improve warning systems as well as to educate the public about how to be alert, informed and safe. The Intergovernmental Oceanographic Commission (IOC) of UNESCO established Tsunami Warning Systems through intergovernmental coordination groups in the Caribbean; Indian; North Eastern Atlantic, Mediterranean and connected seas; and Pacific Ocean basins. WMO has worked closely with the IOC and with the National Meteorological and Hydrological Services of many countries to develop and improve the dissemination of critical information as well as general public awareness.

Additionally, the WMO Global Telecommunication System plays an important role in facilitating the international collection and distribution of real-time data and information such as tsunami warnings. One important source of this real-time data on tsunami propagation is the system of DART (Deep-ocean Assessment and Reporting of Tsunami) buoys, developed initially by the U.S. National Oceanic and Atmospheric Administration and now utilized throughout the international network. A DART buoy floats on the ocean surface, anchored by a pressure sensor on the ocean floor. The sensor takes regular measurements of the water column height and associated water pressure, sending the information through acoustic telemetry to the buoy, which then relays it by satellite to Tsunami Service Providers. When a seismic wave event is registered, the sensor starts measuring and relaying sea level information every minute, allowing for almost real-time decision-making and action from Tsunami Service Providers, who may release a tsunami watch, advisory or alert to the National Tsunami Warning Centers, depending upon the estimated impact. These warning systems, along with ongoing efforts to boost public awareness and understanding, will continue to decrease the loss of life and property in the wake of destructive tsunamis.